Those accustomed to Google AdWords and its many intricacies will know text ad criteria like the back of their hand. 25 characters for a headline. Two 35 character spaces for a description. Boom. Whilst this is now ingrained in the brains of any PPC fanatic, it can be incredibly corseting at times and allow for little breathing space to truly optimise text ads to their full potential whilst still being pretty concise.

This has been completely turned on its head in the past fortnight. The age-old vital statistics of text ads have been cast aside and replaced with not only a longer character limit, but an entirely new structure for headlines and descriptions.

AdWords advertisers now have twice the amount of characters to play about with when compiling a text ad, distributed as two 30 character headlines and one 80 character description line.

This might be seen as a far cry from the one headline and the two shorter descriptions and of course, it might be a difficult to get used to at first (lucky for me, I started in PPC last week, just as expanded text ads were rolled out!). However, the benefits of this seriously outweigh the need to initially adjust your style of writing advertisements.

Think of it as moving to a bigger house. The rooms might be a different shape, but ultimately it’s more space to put all of your stuff… and for more people to fit into!

So, how do they look on Google?

There’s more room for text in every section, but the ability for a dual headline deserves an honourable mention. With 60 characters altogether to catch the eye of potential customers quickly and efficiently, this reaps huge benefits for PPC specialists and our clients or companies.

You only need to look at the click-through rate (CTR) to fully appreciate this. For one of our clients, Oak Beam UK, the CTR for the ad above has seen an increase of 77.32%.

In layman’s terms, more text means more visibility, which means a greater CTR. Or at least in theory. Of course, there are multiple factors at play, and to state that there is a direct link between expanded text ads being accountable for every percentage increase of the CTR may be ever so slightly overstating the impact. Hey, two weeks is incredibly early days – PPC experts everywhere will have to regularly check in to see if this trend of a dramatically increased CTR continues. However, there’s no hiding that the future for text ads and their increased space looks incredibly bright, provided the offering of more character space is used to its full potential.

Here’s our handy guide to determining whether you’re getting optimal CTR out of your AdText. 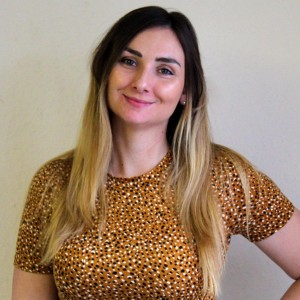